Last year, we shared some common ways in which comma styles differ from style guide to style guide. Our copyeditors often work with multiple clients in a given week and have multiple style guides to juggle. Keeping these preferences straight is quite a feat!

There are other comma issues that copyeditors regularly have to resolve. Sometimes it’s because a writer was taught something incorrectly a long time ago and it’s stuck with them ever since, sometimes it’s simply because it’s complicated, and sometimes it’s because the usage has become so prevalent that even though grammar teachers tell us it’s wrong, it has stopped being “wrong.” The SRM K–12 and higher ed teams focus on educational materials, so proper grammar is important. Our copyeditors have to draw a firmer line than those editing novels.

So where are some of the lines we draw?

Comma splices are very common. Even some of our best writers create them all the time without realizing it. It is exactly why a copyeditor comes in handy—a fresh set of eyes that pays attention to these details while the writer focuses on developing engaging content.

A comma splice occurs when a comma is used to separate two complete sentences. This is where a copyeditor gets to flex a bit of creativity. It is easy to fix the splice, but there are multiple ways to do it. 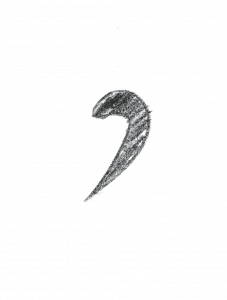 This is where things can appear complicated. Didn’t the above section just say that inserting a coordinating conjunction fixes the comma splice? It is very natural for a writer to type “but” and automatically insert a comma before it.

However, adding the coordinating conjunction only resolves the splice if both sentences are complete. A “but” after the comma doesn’t mean that a complete sentence follows.

Commas should precede “but” when there are two independent clauses (such as the complete sentences in the splice). However, there should not be a comma that divides a compound predicate. This is an incredibly common error.

Spotting these differences is why SRM copyeditors maintain a chocolate supply.

The traditional way to think about a restrictive clause is that you can’t remove the clause without changing the meaning of the content. If you can remove it—as if it were an aside—and the sentence may miss some flavor but not meaning, then it is nonrestrictive.

The problem, of course, is knowing what’s necessary. Our copyeditors regularly come across sentence clauses that could be read either way. It can take careful context reading to figure out the writer’s intent.

In the first example, “who liked chocolate” is restrictive, suggesting that there is only one copyeditor who likes chocolate and that that distinction is enough to identify the copyeditor.

In the second example, “who liked chocolate” is not narrowing down which copyeditor is being discussed. It is additional information to add flavor to the sentence, but it brings no necessary information to the text.

Which meaning did the author intend? Our copyeditors do their best to work it out, but sometimes a query needs to be sent back to the subject matter expert for clarity. And once that clarity has been provided, the copyeditor will add or subtract the comma to help pass on that clarity to the learner.

Copyediting commas is mostly about following rules and style guides, but there is just enough artistry involved that no two copyeditors will make the same edits in all situations. And that is why our team finds commas to be so wonderful.