The Wonderful World of Commas, Part I

Because a comma can change the meaning of a sentence, understanding a writer’s intent and applying commas judiciously can be the most challenging part of a copyeditor’s work. When dealing with complicated scientific content that contains sentences with multiple clauses, the commas, em dashes, and parentheses are how you know which clause is connected to which noun. Even style choices, such as using or not using a serial comma, need exceptions for clarity. Comma usage is one of the most difficult skills to master as a writer, and copyeditors can help make things clearer by making decisions about punctuation. 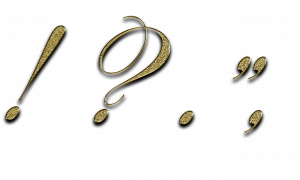 When given the style guide for a new project, one of the first things our copyeditors look for is information on comma preference.

The Serial (a.k.a. Oxford) Comma

There is no more heated style choice than whether to use the serial comma (the comma before “and” in a list of three or more items). From impassioned memes about preferences for and against the serial comma to funny examples of what can happen if you don’t follow one rule or the other, this argument has gone mainstream. A lawsuit was even decided based on the lack of a serial comma. The key, as is true for most copyediting, is consistency. And that consistency is what allows you to make exceptions for clarity, especially when there is a compound item in the list.

There are some toddlers who would enjoy a sandwich consisting of peanut butter, bananas, and tuna fish, but it is unlikely what is meant by this sentence:

My favorite sandwiches are pastrami, ham and cheese, and peanut butter and banana and tuna fish.

There are many examples of what happens when a serial comma is not used:

I would like to thank my parents, God and Meryl Streep.

We may all have fun laughing at that composition; a copyeditor would insert a comma after “God” for clarity even if the client’s style did not use the serial comma. (After a good chuckle, of course.)

However, use of the serial comma can make the commas used around a parenthetical element confusing:

Brandon, my brother, and John grabbed a slice of pizza.
It is unclear whether “my brother” is Brandon or a different person.

In some lists, the commas get replaced by semicolons because list items contain their own commas and there are too many commas to keep track of. And if a list includes an ampersand (e.g., the name of a law firm), then there would be no serial comma in either style. Every exception brings more clarity.

While using a comma with a compound imperative (when a sentence has multiple commands with an implied subject of “you”) has not attained flashy-meme status, it is very common in educational publishing. Instructions to teachers often include instructions to students, so it is important to be able to make clear what part of the sentence is for the teacher to do and what part is for the student to do.

Have students draw a picture of a bird, and draw a bird on the board.
The handy comma resolves this ambiguity.

Have students draw a picture of a bird and write a story about it.
When the comma is being used to make clear that multiple commands apply to a teacher, the lack of a comma indicates the continuation of student instructions.

When a style guide does not permit use of a comma with the compound imperative, it is often necessary to rewrite a sentence for clarity (“and then have students . . .”).

One choice that varies widely among client style guides is whether to use a comma after an introductory clause. Some guides eliminate it altogether, some only use it for longer clauses, and some use it consistently.

Even then, copyeditors pay close attention to what is actually being said; for example, “however” at the beginning of a sentence is sometimes an introduction and sometimes not.

However, they got there on time and with a bottle of wine.

These are just some of the decisions copyeditors carefully weigh every day. Regardless of what rules a specific style guide follows or which side of the Oxford comma debate you’re on, one thing is true: SRM copyeditors have your back.